Spicy Monkey was inspired by travel around the world. Now based in Durham Ian Nixon takes his inpiration from many places around the world to make the curry sauces he sells at the market.  Ian will have most of his sauces warmed at the market, ready for you to try.  During the first half of 2019 Ian and his family are away on an adventure: cyling through large parts of middle and nporth America. We expect Ian to be back later in the year. 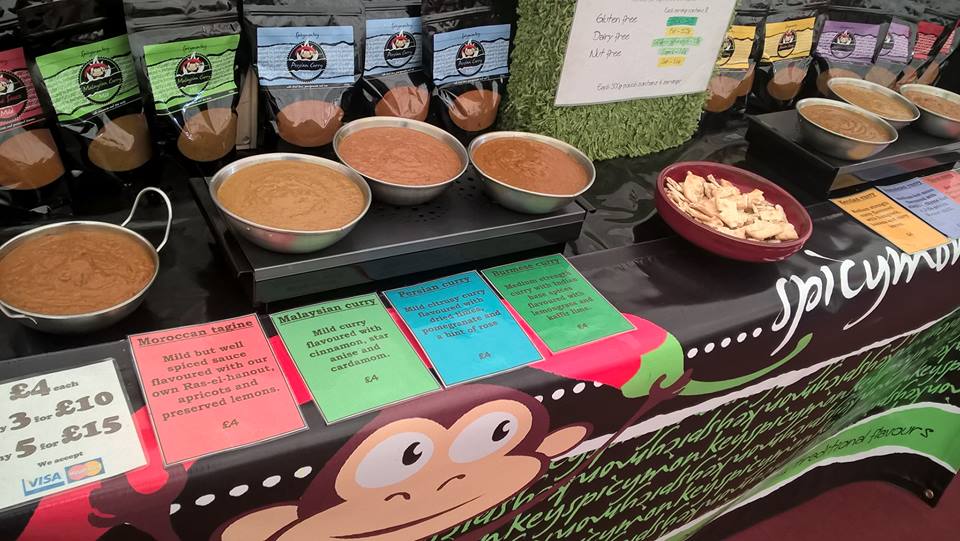