As part of our 20th anniversary celebrations customers of Hexham Farmers’ Market  will have an opportunity to have a look behind the scene of a few of the regular producers at the market starting withg Ravensworth Grange Farm near Gateshead on Saturday 17 August followed by Slackhouse Farm near Gilsland on Wednesday 28 August.  To book a place on these exclusive opportunities you need to contact the farms direct and contacts are given at the end of this post.

Ravensworth Grange Farm is the home of Ann and Hugh Gray.  The product they are reknown for at the market is pork from their Middle White pigs.  Middle White pigs are a rare breed which the Rare Breeds Survival Trust classifies as endangered which means that there are only 100-200 breeding sows in the country. Middle Whites are very friendly and produce exceptionally nice pork. As well as seeing the animals you will be help finish off making a bird box to replace some of the existing ones on the farm, Ann will talk about the wildlife and plants on the farm and about sustainable food production.  She’ll also lay on a barbeque! You can contact Ann by emailing annandhughie@gmail.com and booking is essentia as there are only a couple of places left.  The open day at Ravensworth Grange starts at 2pm.

Dianne and Eric Horn run Slackhouse Farm near Gilsland and produce Birdosward Cheese, yoghurt and raw unpasteurised milk from their Ayrshire cows.  The farm is run organically and certified by the Soil Association.  Birdoswald cheese is made to a Dunlop recipe which was originally from the Ayrshire area and is ideal from sweet Ayrshire cows milk. In addition to the cows Dianne and Eric also have hens and sell eggs.  Dianne and Eric will do two tours on 28 August with an overlap at lunch time.  Booking is again essential and you can contact them on slackhouseorganicfarm@gmail.com.

We hope to have another couple for tour dates and venues later in the year. 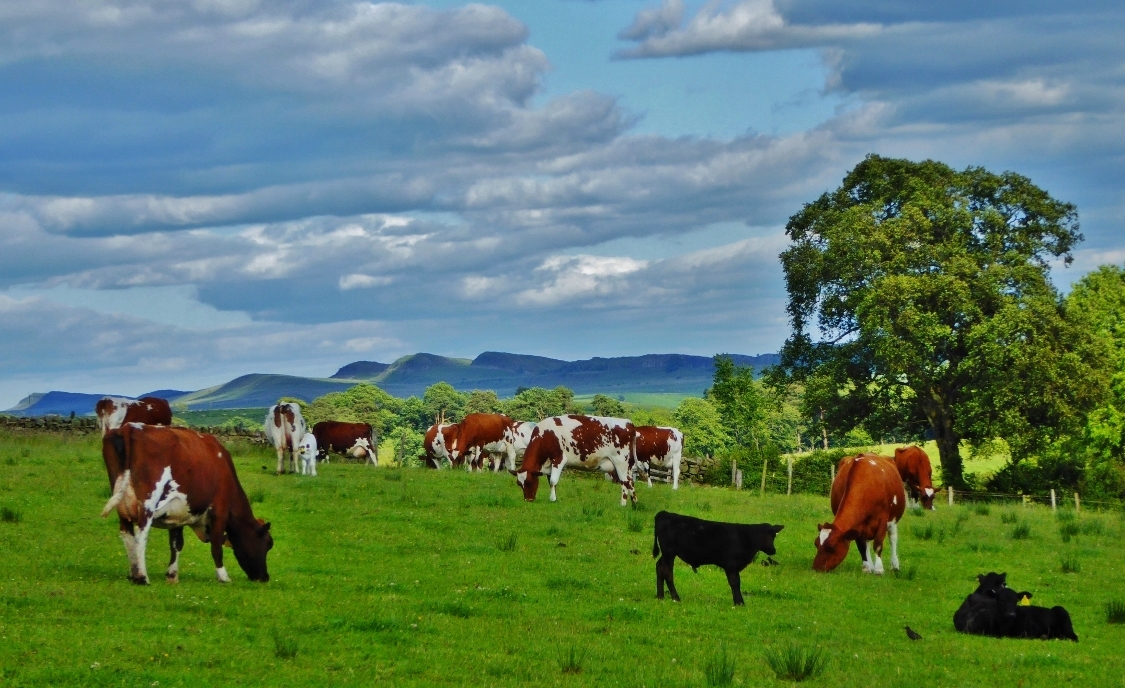 Our first June market promises to be a good’un

The Northumberland Honey  Company will be bringing their observation hive to the market on Saturday 8 June 2019. The observation hive will everyone to have a look at bees and their society in the hive close-up and with the risk of getting stung!

The market promises to be full of other excitement too: we’ve got guest stalls from Philippa Hodkinson bringing Northumberland-grown cut flowers and Vicky Armitage who runs Meraki Cacao and produces high quality chocolate bars.  In addition we have all the usual favourites, ranging from Bread and Roses’ every popular loaves to Northumbrian Preserves with their locally produced jams and chutneys.

Finally we’re really excited that we’ve got the Tarset Song Reivers community choir to come an sing some of their fabulous songs (and if you look carefully you might spot our market manager Peter among them!)

All in all it looks like an exciting line-up and we’re keepingh our fingers crossed that the day doesn’t turn out to be too wet. It might be prudent to bring a brolly! 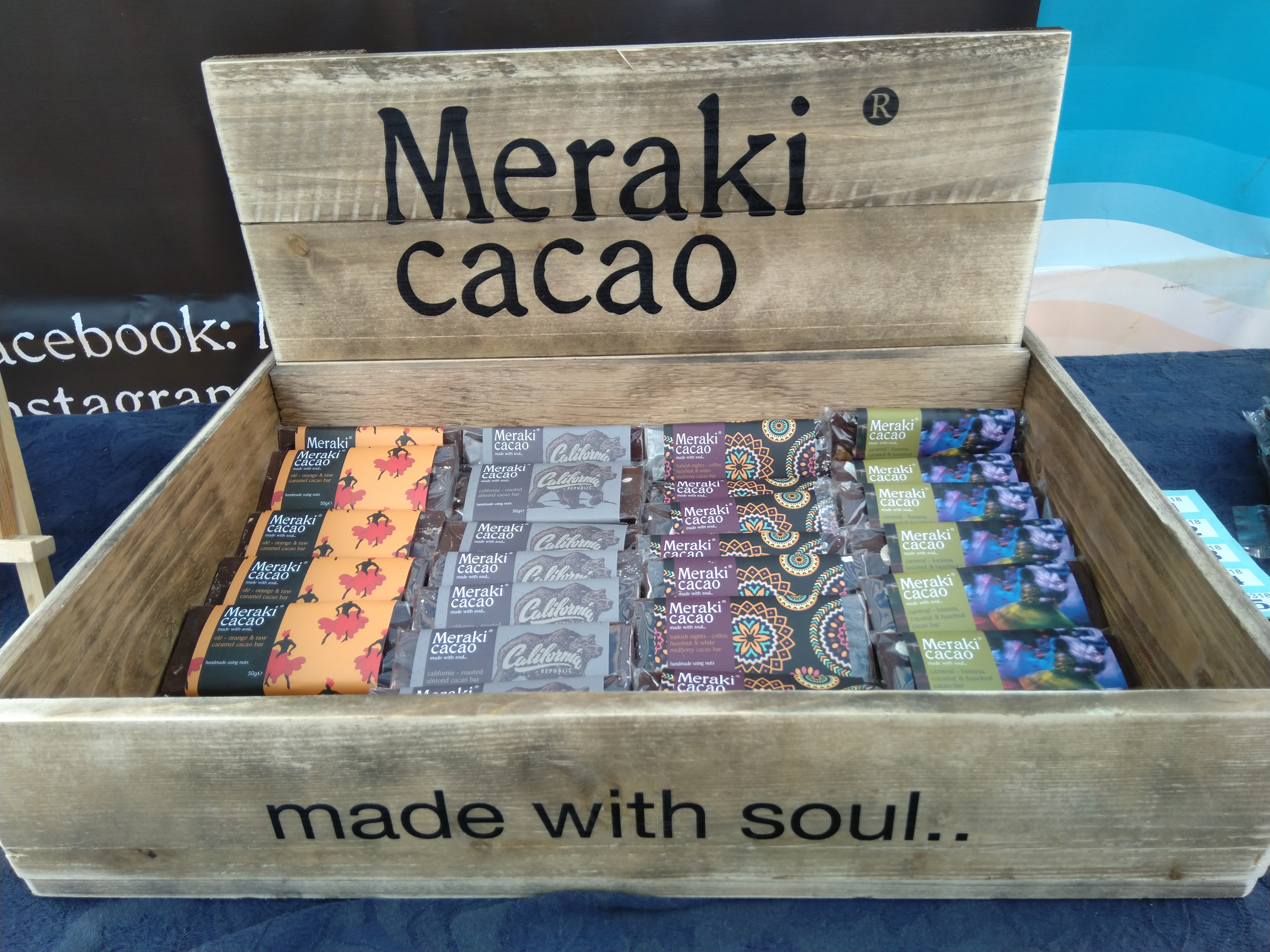 As part of the Hexham Spring Festival on Saturday 23 April 2019 the NFU will bring British farming into the heart of the town.  They will be taking over a large chunk of the Sele park by the band stand and will be bringing a variety of famer animals such as pigs, sheep and lambs and chick as well as some of the crops grown in the UK.  Therre will be plenty to see and do.

Hexham Farmers’ Market which is also on, is also about the great products from the UK and indeed from our part of it.  You’ll find beef reared on the hills around Bewcastle, milk and cheese from Ayrshire cattle grazing near Gilsland, pork from Middle White pigs from just outside Gateshead and flour milled from grains grown in Northumberland used in the bread.  The organic fruit and veg come from just south of Barnard Castle in County Durham and fruit in jams and chutneys grown in local allotments and gardens.  Even the wool in some of the garments comes from sheep which have grazed ine hills iof the North Tyne Valley.

By supporting the stallholders at Hexham Farmers’ Market and by buying British produce in general, you support your local economy and build stringer relationships between farmers, food producers and customers.

The Hexham Spring Fair also offers a range of other entertainment such as family bushcraft, music, wood craft activities, facepainting and Morris dancing on the Abbey Flags.  The festival runs between 9am and 4.30pm, Hexham Farmers’ Market between 9am and 3pm. 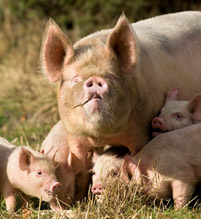 We have a winner!

Our hamper draw for customers to the farmers’ market on Saturday 13 April 2019 had a local winner: Sue Reed from near Bardon Mill. One of Sue’s tickets was first out the box at the draw at about quarter to one on Saturday.  Sue used to trade at the market as the Woolly Pedlar and she was delighted to receive her farmers’ market goodies.

Our prize draw proved to be a real success with hundreds of tickets going into the draw and many customers being amazed that the the entry was free to anyone buying at the market on the day.  Hexham Farmers’ Market producers were very happy to contribute as a way of saying ‘thank you’ to all the customers who support the market through all weathers. Many of them have been coming for years and we even spoke to someone who came to the very first one in 1999!

We are looking to do a similar activity sometime during the summer, so keep your eye on the website and on our social media. 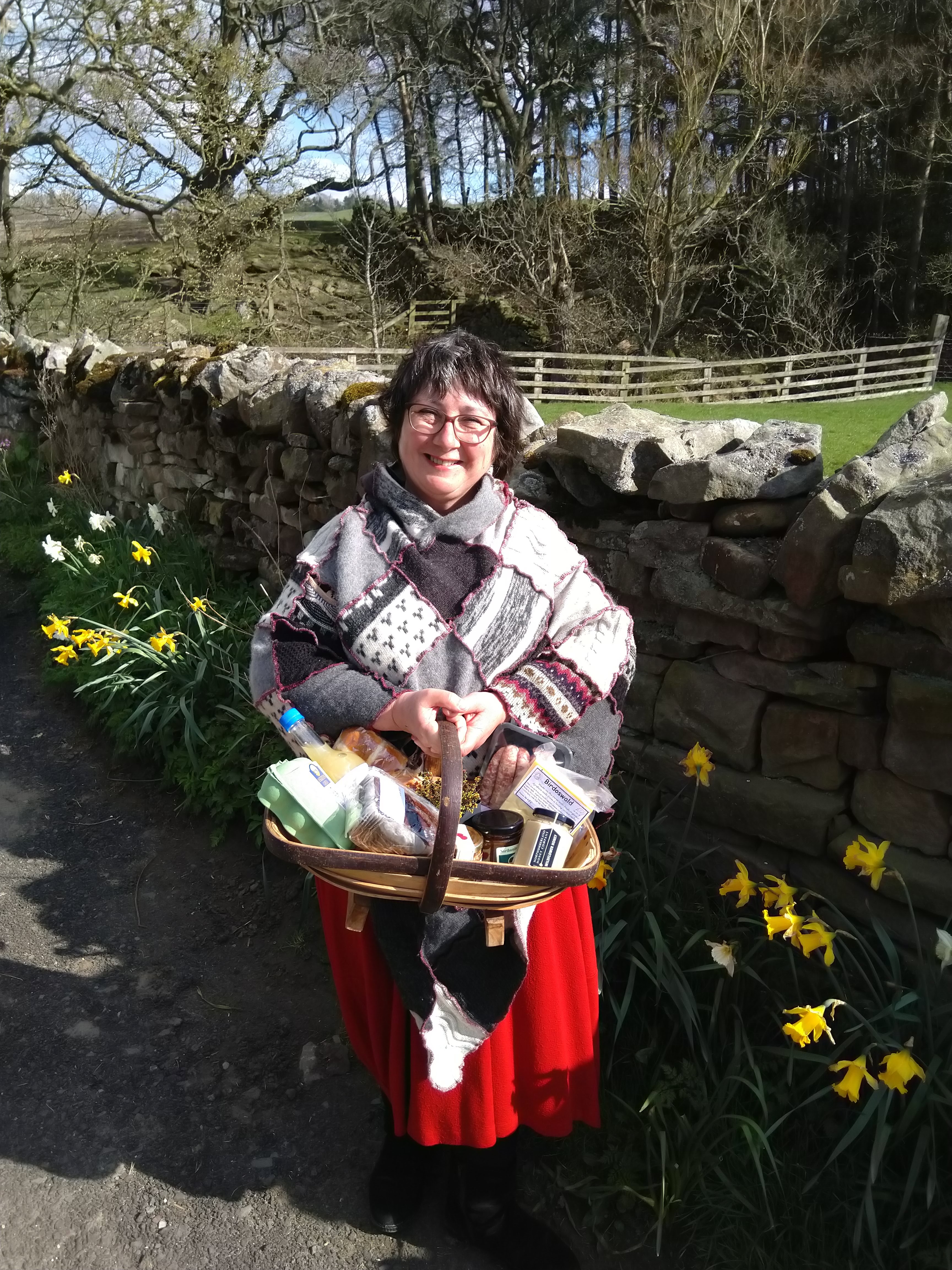 To celebrate the 20th anniversary of Hexham Farmers’ Market in 2019, producers at the market on Saturday 13 April will be clubbing together to make a hamper of lovely farmers’ market goodies as a prize for one lucky customer on the day.

Customers will be giving an entry to the prize draw with every purchase at the market until about 12.30 and the winning ticket from the draw will receive the hamper.  The draw will be made at about 12.45 pm and the winner will be notified by phone that afternoon.

Producers at the market are all based within 50 miles of Hexham and primary producers, like Bluebell Organics with their organic veg, Northumberland Poultry or Askerton Castle Estate with their range or beef, lamb and pork, will have grown or reared the products they sell. Secondary producers like Murphy’s Kitchen with their pies or Northumbria Preserves with their jams and chutneys, will use ingredients that have also been reared or grown in the the region.  You can be assured of the provenance and quality of the foods they sell.

The flyer with the new dates for Hexham Farmers’ Market between now and early October will also be available at the market. 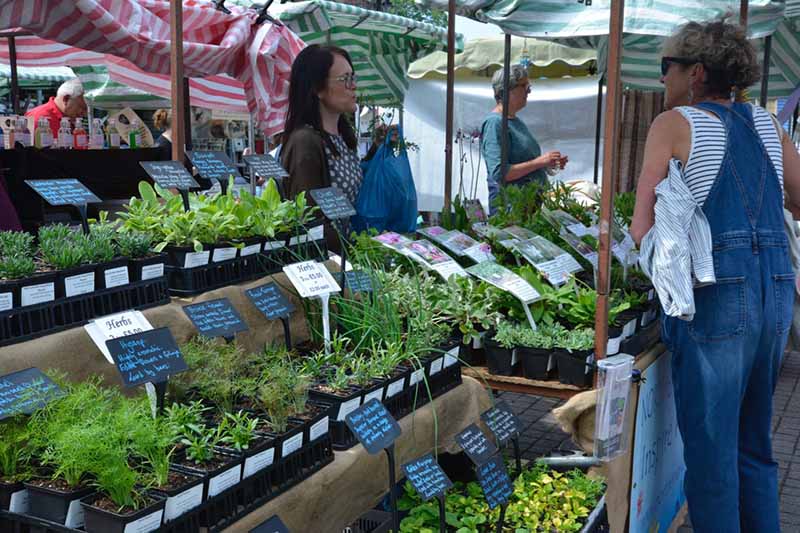 We will have a slightly bijou market with 15 producers coming to the market.

We delighted to welcome back Malcolm Dearmer from TOC Aromatherapy and his fabulous soaps and other skincare products.  Bluebell Organics, our organic vegetable producers will also be back at the market.

Unfortunately we will be missing regulars Northumberland Poultry and North Shore Patisserie.  Ellie from North Shore has asked us to pass on her apologies for missing this market due to a family illness.  She’ll be back with us on 13 and 27 April.

Remember, we also have Deni Riach doing creative crafty activities aimed at families to help us celebrate our 20th anniversary and perhaps to prepare for Mother’s Day next week. 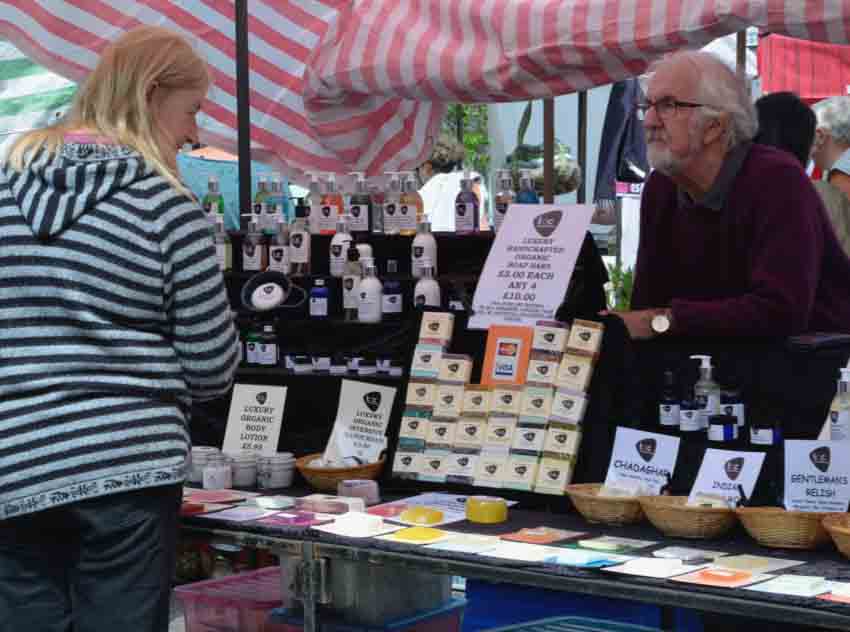