In the 1980s Mark Robertson started making farmhouse cheeses in the heart of Northumberland. The Northumberland Cheese story began in the Rede Valley, where Mark had a small flock of sheep from which he produced a ewe’s milk cheese. It was such a success with the locals that the range expanded to include fine cow’s and goat’s milk cheeses too, and the accolades began to pour in.

In 1996 the company moved to a 19th Century granary on the Blagdon Estate, South Northumberland. They now produce range of 16 artisan cheeses with a range of different milks, including cow’s milk, Jersey cow milk, goat’s milk and sheep’s milk. The Jersey cows milk is sourced from Stocksfield,  and the goats milk is from Cumbria. 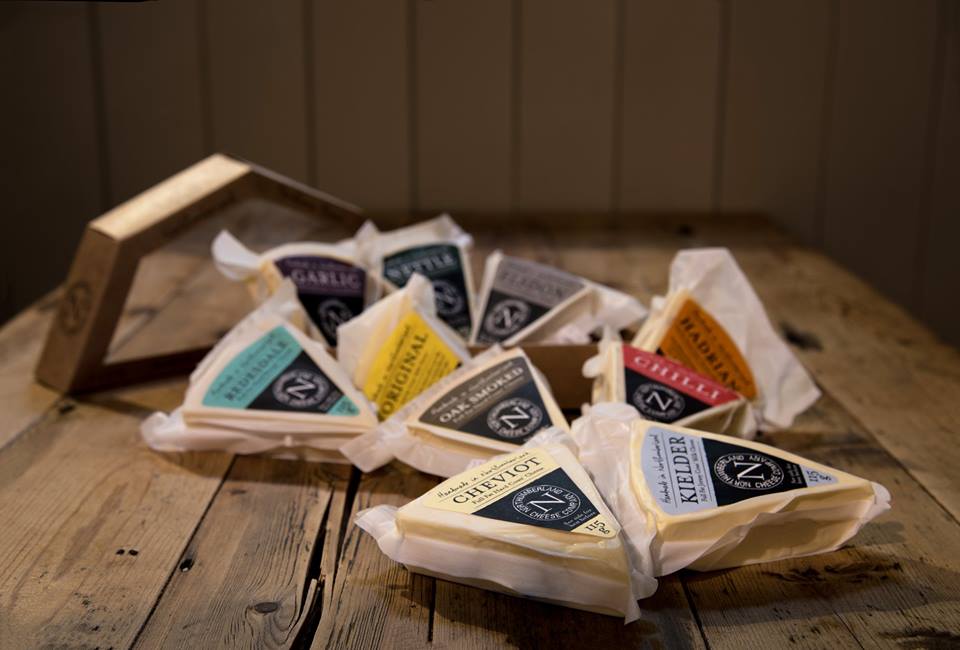